Okay, four episodes in, I am not very impressed with this show. So far, the show feels like filler. Filling the hole left by NCIS: New Orleans - in the franchise - and by Hawaii Five-0, in the studio facility. And frankly, I'm not that invested in the characters either. I liked the New Orleans team, I cared about them and wanted them to be survive. Taking a closer look....

How To Fix it

Posted by Edmond Dantes at 12:36 AM No comments:

Email ThisBlogThis!Share to TwitterShare to FacebookShare to Pinterest
Labels: Other, TV-shows

Okay, starting this one with a bit of a wind-up here, people. So, here we go...

About six months ago, something happened. I wrote my first letter to Robert Meyer Burnett, who has a YouTube channel. And she read it on his show. In the months that passed after that, I wrote in more and more letters were read. And - over time - I collected the shows where RMB read my letters into a YouTube playlist.

But recently, I did a review and I was not that happy with my playlist. This is not a reflection on Mister Burnett's replies to my letters. In my opinion, it's the quality of the letters that I think is not up to snuff. Too much silliness, too much filler and not enough philosophy. Only the first one made my cut.

So I deleted the rest from the list, before sending Mr. Burnett a message that I would not be writing in for a while. Because that was the plan. But then life threw me a curve ball. Namely, the possible Hollywood strike. So here we go. *Crosses fingers and hopes this one will get read*

My Letter for Robservations

Hello Rob and Members of the PGS,

I wasn't expecting to write this letter, but sometimes life throws you a curve ball. I was planning to take a break from letters, because I was not happy with the quality of my letters. Too much silliness, too much filler, not enough philosophy. (Ruben rule's #1: Always be your own harshest critic. Maybe its a dutch-slash-Calvinistic thing, maybe it's just me.) But then the potential IATSE strike appeared on my radar, and I just couldn't help myself.

So, let's move on to the million dollar question....what's your opinion on this potential strike, Rob ?

As for my two cents.....The short version is a sentence Dr. Phil uses whenever he is dealing with a pair of parents in a ugly divorce. The kind with mudslinging and trying to make the children chose sides. "I'm on the side of the children."

What made me pick this stance is that one of the union members said that she hadn't seen her children in five days. FIVE.....frakking....days !

And as if The Powers That Be wanted to remind me just how important quality time is, I just spend the weekend with three of my sister's bouncing balls of joy. We went to a bookstore, we played games and visited some local dunes. (Just give 'em a ball and a place to kick it around and you have an afternoon of quality entertainment.)

Which made me wonder......Are the children of that union member getting these kind of experiences ? Nope ! Books ? Sorry, can't afford them. And even if they could somehow scrape together the money, they can forget about mom and dad going along to the bookstore. Because they'll be either be at work or asleep. And should they be awake, they're probably busy recharging for the next insanely long workday.

The point I'm trying to make here, is that these Hollywood jackasses are not just abusing the parents. They're abusing the children. Robbing them of quality time with the most important people in their lives. Once your childhood is gone, it'll never come again.

And for those stakes, I say....shut it down. Shut it all down. Let Hollywood burn in a Hell of its own making. 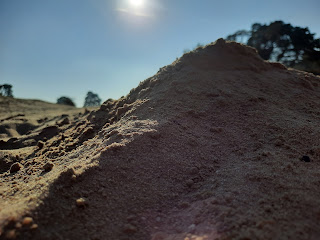 A small update on my third novel. I still have to write the Blurb and find an editor. But the good news is that I have found the picture that will grace the front. And here it is.

And that is all I have for today,

Posted by Edmond Dantes at 10:24 PM No comments:

Email ThisBlogThis!Share to TwitterShare to FacebookShare to Pinterest
Labels: Other, Politics, TV-shows 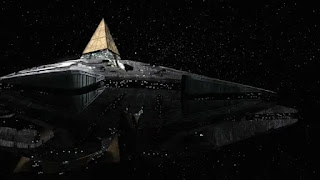 Six months after the return of the Destiny Expedition, Stargate Command finds itself facing a new enemy...

And its a whopper. Five chapters, good for over ten-thousands words. As for why it took so long...well, I've been suffering from dry spell. That, and my computer game spree. Fortunately, now it's over.

And that's all for today,

Posted by Edmond Dantes at 9:40 PM No comments:

How does he do it ? (@Barondestructo)

It's me - Ruben - again. And this week, I realized that we were quickly approaching the end of September. (Or the start of October, if you want to get technical.) And that - once again - my blog had been gathering dust in it's dark, forgotten corner of the internet. (One of these days, I'll figure out it's physical location. But with my luck, it's probably a haunted castle in Romania or something equally spooky.)

As a Stargate fan, I often read Joseph Mallozzi's Blog and he posts every day, which makes me wonder...~How does he do it ?~ Because if I manage to write five entries per month, it's a miracle. And this blog is not the only part of my internet footprint to be often neglected. My Twitter account and YouTube page often go long stretches without attention.

My Twitter only gets love when I blog or add an new chapter to one Fanfiction.net stories. And seeing an update to my YouTube account is like looking for snow in the Sahara. So, mark the date, people. Because....

I had three playlist:  Shameless Self-Promotion, Working Music and Research. But they were all kind of serious. So, today, I added:

Right now, it's only six videos. Some are in Dutch, some are in English. But - who knows - maybe more videos (and languages) will follow. Speaking of follow, was there anything I need to squeeze into this blog. Oh, yes.....

The latest Stargate: Dark Empire chapter you can currently read is number 10. The good news is that Chapters 11 through 14 are ready to go. The bad news is that they have to wait until Chapter 15 is done before I can launch them into the dark bowels of the interweb. So, back to work it is....

Ruben A. Hilbers (aka Commander Nash)

Posted by Edmond Dantes at 4:04 PM No comments:

So...this is my 100th post. But....euhm....well, not really. You see, this blog is used to be bigger. I used to rant and rave about...well, a lot of stuff. And then I forgot about this blog for a couple of years, before rebooting it as something a LOT more professional. And as part of that reboot, I threw out a dozens of old posts. So it would be fairer to say that this is me getting back to 100. Anyway....

My old PC - and when I say old, I mean OLD - has been replaced. After a whopping seven years, it is gone. And with a new computer came new games. So I have been busy playing through The Outer Worlds - which two expansions - and the Mass Effect Trilogy (Legendary Edition). I've also replayed Wolfenstein: The New Colossus and Wolfenstein: Youngblood . So that's why haven't blogged for a while. But now I'm getting back to it. Which brings me to....

Other Stuff I'm Up To

Besides dusting off my blog, I've also written a letter to Robservations. Presented by Robert Meyer Burnett, Robservations is a show about popular culture on YouTube. And one of the features on the show is reading (and responding to) fan letters. So fingers crossed.

And by sharing this blog entry on Twitter, I can begin dusting off my Twitter feed as well. As for Facebook....well.....I tried that for a week once. It drove me nuts, so I quit and I'm never - ever - going back. I also don't have any other social media. Twitter is it for me. I also didn't install it on my phone, on purpose. Only having it on my PC make it easier to ignore.

That's it for now, folks,

Posted by Edmond Dantes at 11:02 PM No comments:

Still alive and kicking. I'm trying to increase my internet visibility/notoriety. One thing I've been experimenting with is the new Clip function on YouTube. Okay, maybe experimenting is a big word. It's been more trying out and messing around. So far, I've managed to make two smalls clips. And for now, that's all, folks.

Posted by Edmond Dantes at 10:32 PM No comments:

Don't worry, I am not planning to take over the world. Way too much paperwork. Instead, I've update my Stargate fan-fiction story with FIVE new chapters. Here's the link: 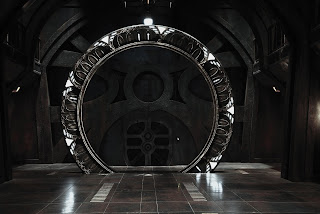 And that is where the good news end. At least for the Stargate fans. I'd love to continue writing more Dark Empire, but I need to focus on getting Chess Games in Cairo published. I also need to do a serious Public Relations push. Which I will admit, I totally suck at. It's the reason why I have only sold copies of my earlier books to family members so far. On the bright side, I do have a few ideas.

But that's for another day and another post. For today, I'm outta here. Have a nice day.

Posted by Edmond Dantes at 1:21 AM No comments:

More Information About Me

Edmond Dantes
Welcome to Xanthi Rising. This blog is where I (try to) update the world on what I am doing, and what I am planning. Thank you for your visit.